The Depicted-Spectator Narrative in the Contemporary Cultural Space 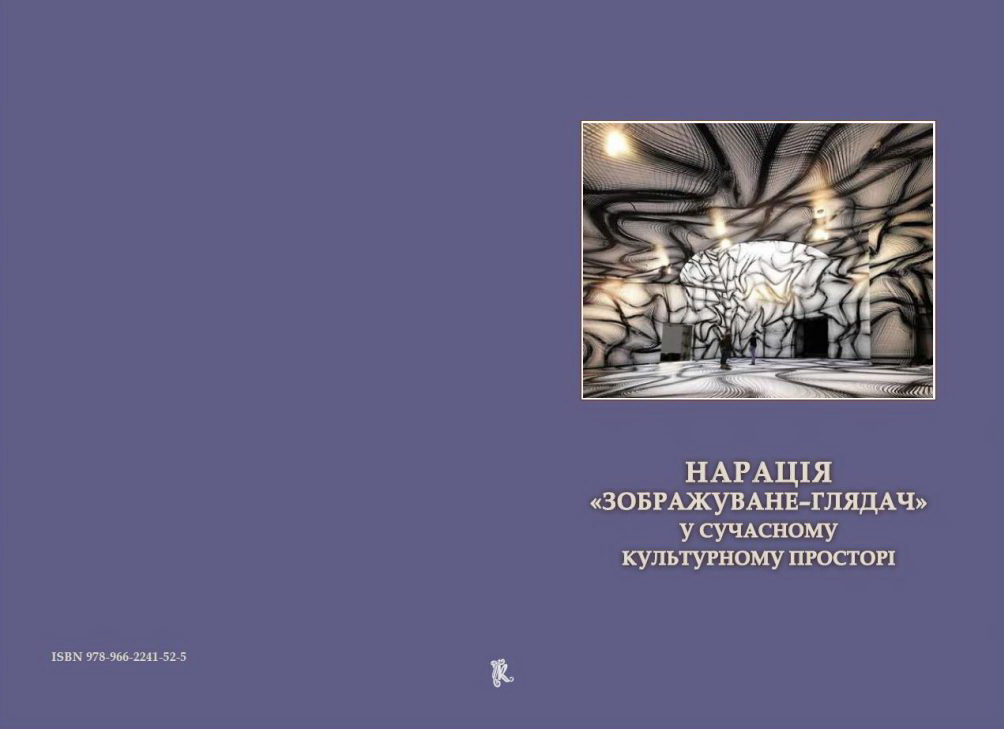 The monograph researches the topical issue of studying the depicted-spectator interaction in the contemporary cultural space, in which the depicted appears as a real embodiment of symbolic order constantly involving the subject in the space of symbolic practices and a kind of reading of their universal meanings. Having transformed the contemporary cultural field into a screen, the screen itself comes out as both the network of signifying chains and the environment for spreading imaginary scenarios of reality as well as human self-presentation in the numerous proliferations of the depicted ‘I’.

The publication is intended for specialists in the field of culturology, film studies, issues of modern humanities, art practitioners, teachers, students, and researchers of creative higher educational institutions.

© Institute for Cultural Research of the National Academy of Arts, 2019.

The Depicted-Spectator Narrative in the Contemporary Cultural Space. 2019 (ukr.). pdf