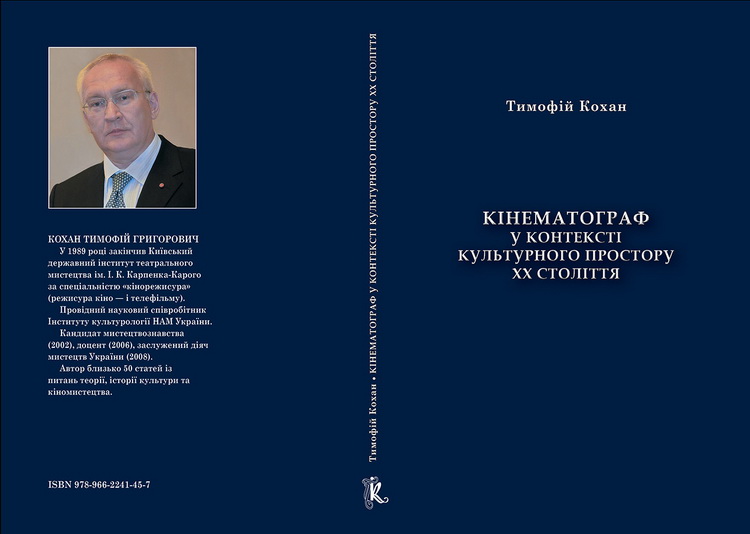 Cinema in the Context of the Cultural Space of the 20th Century.

Monograph (304 p.) is the result of the fundamental scientific research of the Institute for Cultural Research of the NAA of Ukraine on the topic Visualization of modern cultural space.

It analyzes the process of the emergence and formation of cinema – a new art form being developed in a complex, sometimes contradictory connection with literature, painting, theatre and music. The work represents how the development of numerous artistic trends that emerged during the first half of the twentieth century – futurism, abstractionism, expressionism, surrealism – influenced the development of a specific artistic and expressive cinema language. Based on the principles of cultural analysis, the researcher recreated both the process of transformation of philosophical and aesthetic orientations at the turn of the nineteenth and twentieth centuries into cinematic practice and the experience of cinematic comprehension of cultural processes of the last century.

It is for the for specialists in the field of cultural studies, film studies, problems of contemporary humanities, art practitioners, teachers and students of creative higher education institutions.

© Institute for Cultural Research of the National Academy of Arts of Ukraine, 2017.

Tymofii Kohan. Cinema in the Context of the Cultural Space of the 20th Century. 2017 (ukr.). pdf.