Oleksandr Grytsenko passed away on April 3, 2020 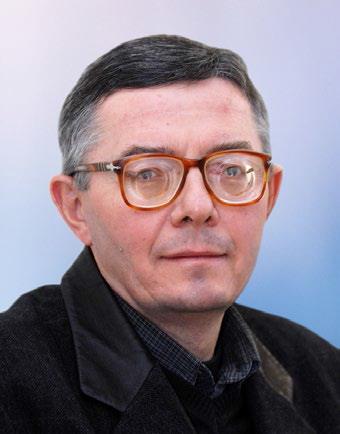 Staff of the Institute for Cultural Research of the National Academy of Arts of Ukraine with deep sadness notifies that on April 3, 2020, passed away

Throughout his fruitful work, Oleksandr Grytsenko contributed significantly to the development of the cultural sector as an Advisor to the Minister of Culture of Ukraine, Director of the Ukrainian Center for Cultural Research, and permanent secretary of the Kyiv Petro Mohyla Scientific Society. Oleksandr Grytsenko made a great contribution to projects of concern for Ukrainian culture – the Cultural Policy in Ukraine analytical review (Kulturna polityka v Ukraini, 2007, presented at a special session of the Council of Europe Specialized Directorate in Strasbourg); development and adoption of the Law of Ukraine On Culture (2010).

Oleksandr Grytsenko has undergone a subtle evolution from a young cybernetic and poet to a leading Ukrainian cultural researcher. A number of literary critical articles on the work of the poets of the Eighties (the literary generation, to which O. Grytsenko himself belonged), of the Ukrainian Executed Renaissance literature, about the Sixtiers had considerable publicity in the discussions of the time on the ways of further development of the Ukrainian poetry released from the pressure of censorship.

Topics of academic researches headed by O. Grytsenko covered not only the cultural policy of Ukraine and other European countries, but also ethno-cultural diversity and multiculturalism, popular and mass culture, modern cultural industries, everyday culture, secular national mythology, and other current trends that yet to be properly studied in Ukraine. At the same time, O. Grytsenko worked on monographic academic researches. The next research stage guided by O. Grytsenko was conducting the research work on the topic Transformation of the memory culture of the contemporary Ukrainian society (2018-2020), in particular, the study of the contemporary de-communization policy in Ukraine as a socio-cultural phenomenon, numerous projects on the “lost outstanding monuments” revival – both immovable and intangible (the revival of lost artistic traditions and schools).

Oleksandr Grytsenko was a virtuous scholar, a tolerant, talented and just leader, a profoundly decent and well-respected Person.

The scientific community and colleagues deeply grieve for Oleksandr Grytsenko and express their sincere condolences to his family and loved ones.