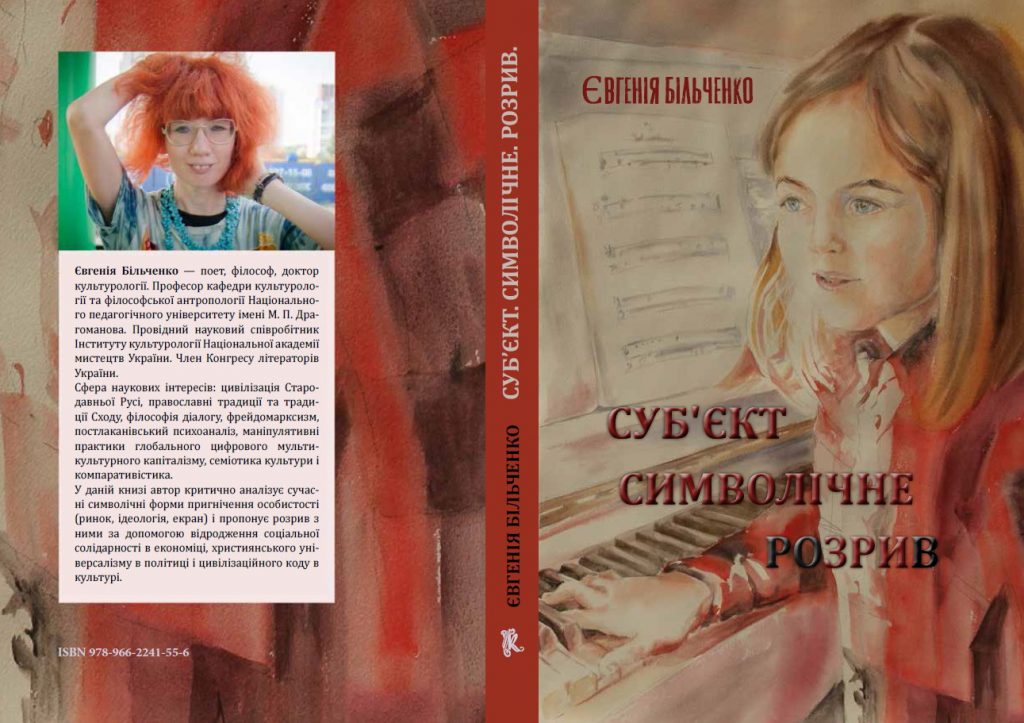 The study was performed within the fundamental research of the Institute for Cultural Research of the National Academy of Arts of Ukraine on the topic Cultural and creative space of the screen: contemporary interpretations and meanings.

The monograph considers three following paradigms: the discourse of modernism fixed in the concept of the subject, postmodern discourse fixed in the notion of Symbolic after the “death of the author”, and the discourse of the modern psychoanalysis fixed in the concept of the “radical break” with both modern and postmodern in order to understand the prospects of spiritual development of a man in the XXI century. It pays particular attention to the phenomenon of violence against the individual, which according to the author is symbolic and means the interpellation of the harmed subject in the ideological space of the screen as a chain of indicators (politics, ideology, power, advertising, fashion).

The monograph is of interest for specialists in the field of culturology, philosophy of culture, art history, researchers of academic institutions and creative higher educational institutions.

© Institute for Cultural Research of the National Academy of Arts of Ukraine, 2020.